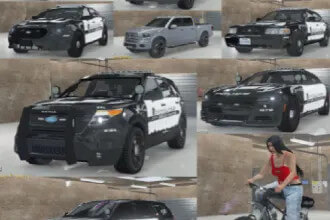 get a custom made vehicle pack ready for fivem

I will create custom vehicles, clothes, weapons or props 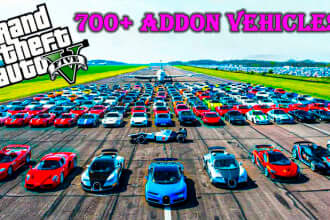 Get a custom made vehicle pack for fivem 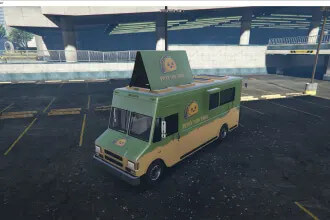 I will make custom livery textures for vehicles

GTA V has a huge weapons collection to choose from. These range from non-lethal options such as stun guns to advanced weapons such as homing launchers. You can switch between these weapons throughout the gameplay, depending on your play style.

Some are convenient for stealth missions, while others will help you take out more enemies instantly. A common factor among these weapons, however, is their sounds. The game developers use altered sounds that remove the realistic feeling while using these weapons in games.

You can now improve your gameplay with the FiveM realistic gun sound feature. It is an option that will add realistic sounds to all the weapons you fire. This makes the game interactive and allows you to enjoy the gameplay more. You can thus improve the realistic component of the game and enjoy all it has to offer.

Is the realistic gun sound available for all weapons?

Our developers have included this feature in all the weapons in the game. You can tell the difference in sounds from light to heavy weapons. Furthermore, the FiveM realistic gun sound has been altered for all the weapons. They thus sound different, just like they would in real life. This will make your gameplay interesting as it will feel different firing every weapon in your inventory.

The FiveM realistic gun sounds will also work for all NPCs and players on your server. This will make every aspect of your gameplay realistic, and you can thus enjoy it even more.

The files for these sounds are available to download from our website. They are affordable for gamers, and we offer many payment options. We also have deals on the files. Once you make your payment, you can download it to your PC. They are compressed, and the download will take a short while.

You can now extract the file’s content to a separate folder, and once done, it will be ready to use.

Locate the sounds file and paste it to the game’s directory. It will replace the original gun sounds file from the developer. Once completed, the FiveM realistic gun sounds will be ready to run in your game. It will integrate seamlessly with other files on your PC and continue running without any lags.

Will you get banned for using FiveM realistic gun sounds?

You cannot get banned for using these sounds in your games. First, they are run in your FiveM server. This ensures you don’t connect to the Rockstar server as you play the game, and thus you can remain undetected. The feature will not give you additional advantages over other players, and thus you can use it for multiplayer games on your server.

GTA V players can thus navigate through the game map without having to worry about getting banned. You can now fire your weapons and enjoy the realistic sounds that come with every trigger pull. Get the FiveM realistic gun sounds from our website at the best prices and experience elevated gaming.